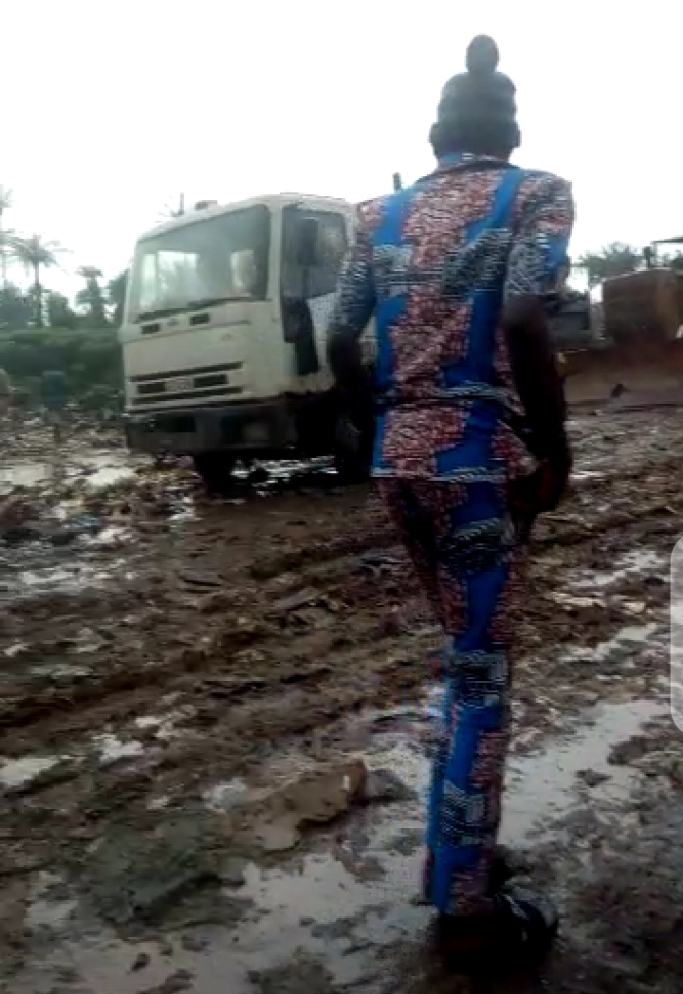 OduduwaNews has gathered some facts on some of the reasons why Ibadan is littered with refuse. This contained in an INVESTIGATION carried out by our correspondent to ascertain the facts behind the reason why the city of Ibadan is dirty. It should be recalled that recently, Oyo State governor, Seyi Makinde announced the termination of appointment of members of the Board of Oyo State Waste Management Authority.

In this INTERVIEW carried out at Moniya refuse dumpsite, it was revealed that Seyi Makinde led-administration needs to be proactive and pragmatic in the course of making entire Oyo State a clean and dirty-free city.

It was ascertained that the drivers of refuse collection vehicles as well as the people living around Moniya dumpsite are at the receiving end and most of them are counting losses on a daily basis due to inability of Oyo Waste Management Authority to clear the dumpsite and reorganize it to enable smooth passage of refuse collection vehicles obstructed by excessive and unorganized wastes scattered all over the place.

OduduwaNews crew visited the dumpsite yesterday and interviewed some of the drivers of refuse collection vehicles seen at the axis.

One of the drivers who spoke on the condition of anonymity said, the Moniya dumpsite has been neglected by government. He said there are two dumpsites he has knowledge about, the one in Akanran area which is reserved for the government’s refuse collection vehicles used to offload waste products on the roads while the other one which is Moniya dumpsite reserved for the private refuse disposal contractors. He said he was so sad that having paid his dues upon request, the Moniya dumpsite is completely tattered and in bad condition that poses health hazard to the people working there as well as the people living in the environment.

He stated further that the Moniya dumpsite is totally filled up with refuse and some of the waste products are currently finding their ways back to the city and are littered on the nearby roadside when the space at the dumpsite has been occupied leaving some vehicles stranded with nowhere to go. He said citizens have been mounting pressure on them to come and carry their waste products but they couldn’t yield to their requests due to the fact that some of the refuse they have carried to Moniya dumpsite for the past three days are still hanging on the road leading to the main dumpsite awaiting evacuation. He said, their plights can only be addressed if government can provide CATERPILLAR at the place to clear the dumpsite for proper expansion.

A driver identified himself as Adeyemi Adebiyi in his words said, they are facing alot of difficulties at the dumpsite particularly this time of raining season where they have been finding it difficult to offload refuse. He said, if government can provide CATERPILLAR at Moniya dumpsite to clear the site and make it motorable to any incoming refuse collection vehicle, the lamentation of the citizens of Ibadan about the state of dirtiness in the city will be a thing of the past.

OduduwaNews could ascertain the fact that the Moniya dumpsite needs urgent attention by the government as the site is filled up and the road leading to the dumpsite is not motorable which leads to some refuse collection vehicles to be stuck along the road and unable to offload their refuse causing unnecessary pile up of waste products laden in the vehicles.

Another driver of waste disposal vehicle who also spoke on the condition of anonymity said, they are calling on Governor Seyi Makinde to come to their aide as Oyo citizens are lamenting and decrying their inability to work at optimal level due to their vehicles laden with refuse but stranded at Moniya dumpsite for several days which has also dealt a deadly blow to their source of livelihoods when refuse disposal that supposed to last hours now taking days to be disposed. He said there is need for government to come and inspect the state of Moniya dumpsite and have on-spot assessment of what they are passing through.

In the words of Alayo Oloyede, he thanked the Governor of Oyo State, Engr. Seyi Makinde for all his efforts in ensuring that the dividends of democracy trickled down to the people of Oyo State. He said, he understands that it is not easy to be a leader as many requests will be on his table demanding attention. He however called the attention of Governor Seyi Makinde to prioritize a very critical sector which is the environment sector they are dealing with. He said whatever government is doing without putting the environment sector into consideration may witness a setback due to the multiplier effect of hygienic environment on general well-being and health status of the populace as well as economic development as the saying that ‘health is wealth’.

In the words of one of representatives of the government at the dumpsite who is a civil servant at Oyo Waste Management Authority who also spoke on the condition of anonymity said, he had lodged complaints on the condition of Moniya dumpsite to his superiors but yet to get positive response. He also used the occasion to join the private contractors to call on government to expedite action in giving life back to Moniya dumpsite to accommodate large refuse disposal.

Our correspondent also spoke to some of the contractors contracted by the government to manage the dumpsite. The contractors unanimously spoke on the bad state of Moniya dumpsite and that on several occasions they would have to contribute money themselves to clear the site and expand it to allow vehicular movement of waste products to the site. They said, there is little they can do with government property but they had to swing to action to do the little they could do when it dawned on them that the government had left them alone to carry their cross.

They therefore appealed to the governor of Oyo State, Engr. Seyi Makinde to provide CATERPILLAR at the dumpsite to evacuate some of the refuse blocking the main entrance to the dumpsite as well as clearing the site to be motorable to waste disposal vehicles as doing so will enable them to speed up their action in offloading refuse in various neighborhoods across the State and complement the efforts of the government in making Oyo State one of the cleanest cities in Nigeria.