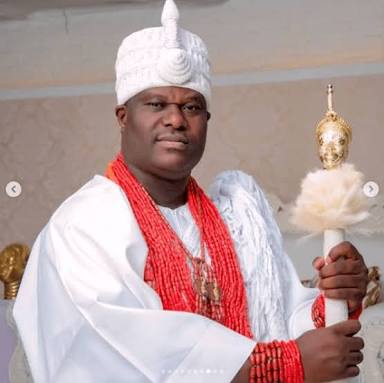 The committee of Ife Diaspora and Egbe Agba Yoruba in Diaspora has reacted to the allegations raised by an Ibadan-based business man turned freedom fighter to stop inciting public to the stool of Ooni of Ife over comment of inciting public against the First Class monarch.

At an emergency sitting today the people said Sunday Igboho wants to turn Yoruba leaders against each other in his viral video that Alaafin accused Ooni being against the move by Igboho.

However, according to Eluyemi Elumide who is the PRO of the group said Ooni was bold enough to speak with state House correspondence that Sunday Igboho has taken a bold step in tackling the security issue in Igangan but cautioned not to be used against the people and the head of the state which is the governor to mediate and maintain peace since the governor is the chief security officer of the state and he is solely responsible constitutionally in that regard.

Saying, who is Igboho to now waylay Ooni and attack him? This is an insult of the highest order and Yoruba leaders must rise against this or else Sunday is solely responsible to destabilise Yoruba land and fulfill his political paymaster wish.

“Alaafin eulogises President Buhari in his letter and he never wrote a line to speak ill if Ooni, meaning that Igboho is mischevious” Eluyemi said

The president of the organisation , Awowole Omotosho however said Sunday Igboho should follow the advice of the revered Pastor Tunde Bakare and others never to take laws into his hands.

He however call on security agency to caution him on his unguarded utterances, saying he is a political thug and he should kindly follow the true tenets of Omoluabi.