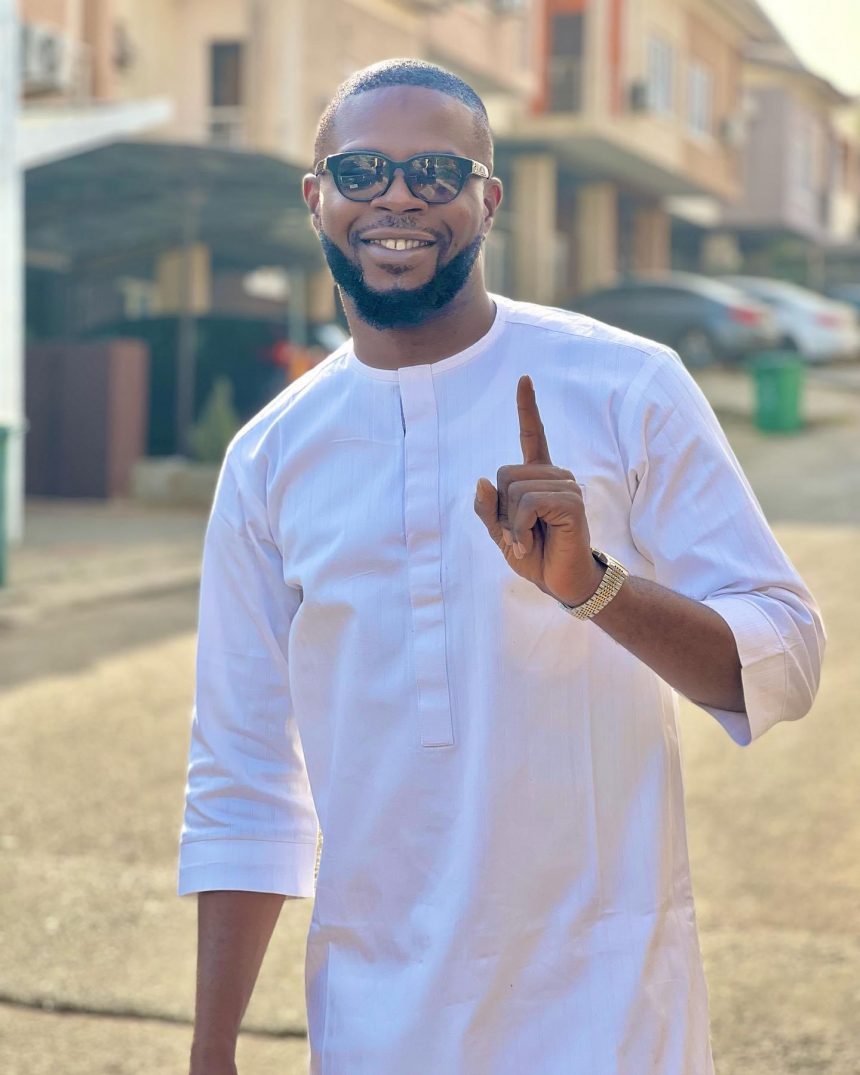 The rapper and producer made the declaration in a series of videos and pictures posted on his verified Instagram page on Friday, January 13, 2023.

In the video showing him at the national mosque, Abuja, the “We are Africans” crooner, said that he was lost but now, he has found his way.
He wrote: “I was lost but now I’m found 🙏🏽 O Allah, I ask You for Your pardon and well-being in this life and the next. O Allah, I ask You for well-being in my religious and worldly affairs, and my family and my wealth.

“O Allah, veil my weaknesses and set at ease my dismay, and preserve me from the front and behind and on my right and my left and from above, and I take refuge with You lest I be swallowed up by the earth🙏🏽”.

In an exclusive interview with Muslim News on Monday, January 16, the popular songwriter and filmmaker explained that though he was born a Muslim, he never practiced Islam.

JJC Skillz said returning to Islam has given him peace and he expresses joy and happiness over it.

The celebrity meanwhile, narrated his journey back to Islam, recalling he practiced Christianity because his mother was a Christian.

“It’s God’s design that I will return to Islam. I thank Allah for sparing my life. I am so happy I found Islam again because it has given me peace. It has given me direction and focus. I was truly lost but now, I am found,” he said.

Speaking further, he said, “I was born a Muslim – AbdurRasheed by name. My dad, Bello is a Muslim but my mum is a Christian. Back then I used to go Islamiyah but all I remembered about it was getting beaten. They used to scare us with hellfire so, I never practised.

“When I was 14, I moved to England and I didn’t have anyone to direct me or teach me Islam. Around that time, I got into music. I was just floating in the world. I was just living my life without recognising God.

“Because my mum is a Christian, I got acquainted with Christianity. It was during that period, Christianity was preached to me. I saw it as the religion of peace that Islam actually is.”

JJC Skillz said he made a research about Islam and found out it is the best religion for him.

“During my research, I found out that the best for me is Islam. My big brother, who is a devout Muslim with great knowledge in Islam, taught me a little more about Islam and I realized that Allah is not scary, He is Merciful. I took the shahadah and proclaimed Islam.”

AbdurRasheed Bello was also the husband of popular Yoruba actress, Funke Akindele, who is currently a running mate for the PDP governorship candidate in Lagos State.

They dissolved their marriage which produced a set of twins, following their announcement of a divorce in June, 2022.

When asked if he chose to go back to Islam because he is no more with his wife, who is also a Christian, JJC Skillz said the decision has nothing to do with her.

“No! It has nothing to do with her. It is more like a personal journey. Allah called me at the right time. I am lucky I was called. It was only by the grace of God I found Islam. I am grateful to have the opportunity to worship Allah now. I am happy to be a true servant of Allah,” he noted.