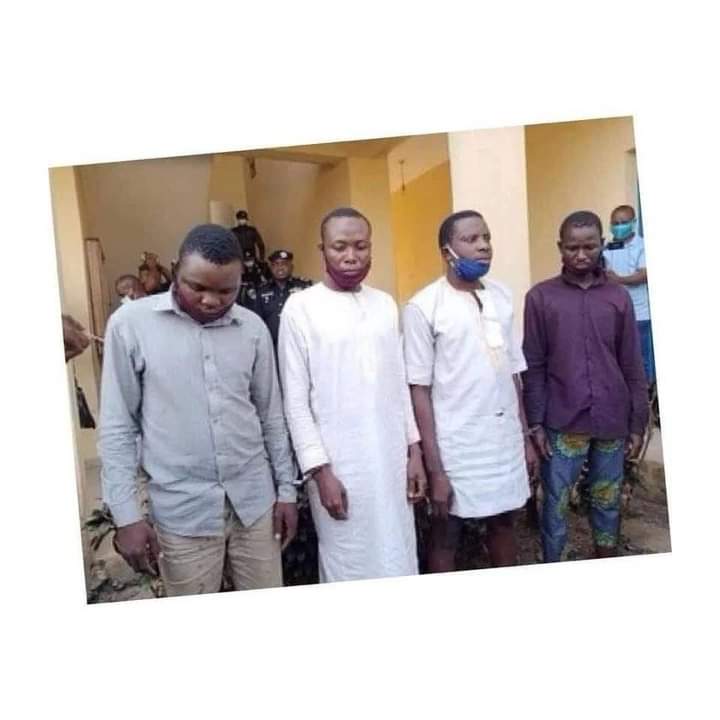 A murder suspect, Tajudeen Monsuru, 30, involved in Iwo ritual killings has confessed that proceeds from sales of human parts are used to drink beer during his leisure hours.

He said this while being paraded along with other suspected criminals at the State Police Command Headquarters in Osogbo, Osun State on Tuesday. He said he has killed two persons, including his girlfriend, Alani Mutiyat.

“We strangle our victims to death after gaining their trust. Most times, we sleep together at night and deep into the night strangle them before daybreak and cut their body into pieces for sales. .

After selling their parts to clerics who need it, I use the proceed to enjoy myself and drink beer sometimes. I had killed my girlfriend before and one other young man brought to my place by Akeem. I don’t feel anything while killing them,” he said.

Meanwhile one of his accomplice, Hamzat Akeem, 25, who confessed to luring his friend, Gafari, to Monsuru’s place, where he was strangled to death said he was given N5000 for the role, while Awayewasere Yusuf, 37, claimed he bought a human head for money-making at the rate of N20,000.

Also, Lukman Garuba, 31, said he bought human flesh from Monsuru for a money-making ritual at the cost of N2,000. 📸: TribuneOnlineng