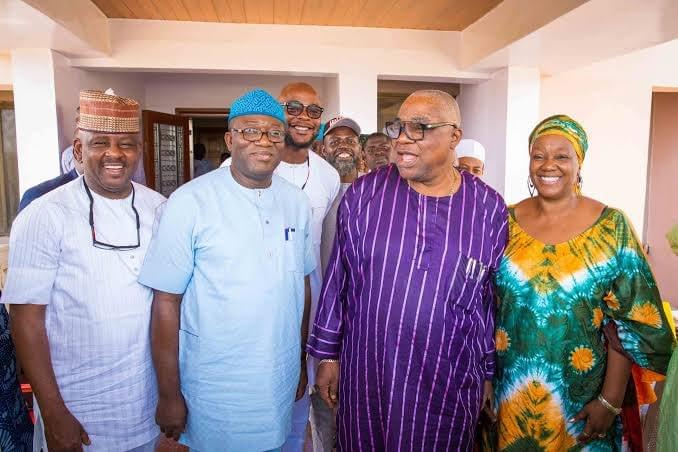 The governor of Ekiti State, Dr Kayode Fayemi has denied rumour flying around that he had endorsed the former governor of Oyo State, Alao Akala as the leader of All Progressives Congress in Oyo State in the recently reconciliation meeting held in Ibadan.

Fayemi said this in a statement by his Chief Press Secretary, Yinka Oyebode, on Wednesday following the controversy generated by Alao-Akala’s claim that he has been endorsed as the Leader of the party by the national leadership.
The Unity Forum of the APC had in a statement on Tuesday also faulted the claim by the former Governor.

Fayemi also said his meeting with the leaders of the APC in Oyo State over the weekend was not to confer leadership on Alao-Akala but an assignment by the national leadership, led by the Yobe State Governor, Mai Mala Buni.

The statement by Oyebode reads in full:

Governor Kayode Fayemi was on an assignment on behalf of the National Reconciliation Committee of the APC in charge of the Oyo State crisis.
Governor Akala emerged as Chairman of the Party’s Advisory Council with other distinguished personalities like former Deputy Governors, Iyiola Oladokun and Alake Adeyemo together with the Party Chairman, Akin Oke as members.

They emerged as automatic members by virtue of being the highest elected office holders in the party.
Other Senatorial districts – Oyo South and Oyo Central are to nominate three members each on the advisory council.
The main responsibility of the advisory committee is to help oversee the activities of the party through registration.
At no point was any leader chosen at the Ibadan meeting.

Gov Fayemi has reported back to the National Headquarters the outcome of the meeting of party stakeholders in Ibadan.
Gov Fayemi was only a representative of the reconciliation committee.
At no time at the meeting or thereafter was any leader foisted on the party.