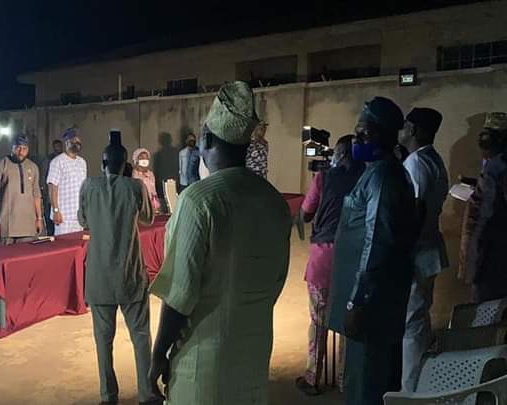 ODUDUWA NEWS has gathered that the Oyo state governor, Seyi Makinde has embarked on a visit to Ibarapa for a security tour.

This is coming after the Governor’s Chief Press Secretary indicated the readiness of the governor to visit the zone after receiving and assessing security reports from concerned individuals.

Seyi Makinde’s visit to Ibarapa is coming after a series of security chaos erupted in that part of the state.

Recall that a popular Yoruba freedom campaigner issued an unconstitutional 7-day quit notice ultimatum to Fulanis living in the area after the Fulanis have been blamed for the series of deaths, kidnappings, rape and other vices in happening in and around the community.
Investigations made it known that the Governor will be meeting with concerned stakeholders from the Zones in proffering lasting solutions to bring peace and serenity to the zone.

It was learnt that Gov. Makinde went to have on-spot assessment of troubled zones in the region and to dialogue with stakeholders in his bid to find a lasting solution to the increasing rate of insecurity in Ibarapaland.