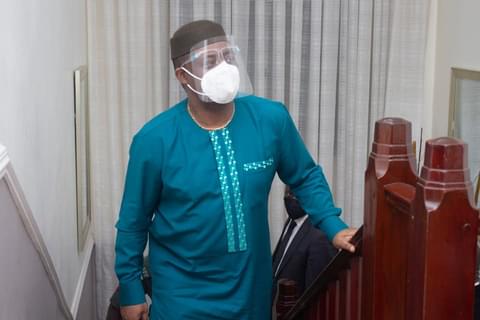 The Former Minister of Aviation, Mr. Femi Fani-Kayode has arrived Ibadan after completing the project tour he embarked on in the capital city of CrossRiver, Calabar. You will recall that Fani-Kayode was alleged to have insulted a journalist, Charles Eyo of the Daily Trust who asked him to provide answer to the question of who was bankrolling his project tour to some states in Nigeria but Fani-Kayode was enraged by the question and started hurling abusive words on the journalist.

OduduwaNews has learnt that Fani-Kayode has arrived Ibadan to continue his project tour in Oyo State. He made this known yesterday via his official Twitter handle that he would be embarking on inspection of some of the projects embarked on by the governor of Oyo State, Gov. Seyi Makinde starting from today 31st of September, 2020.