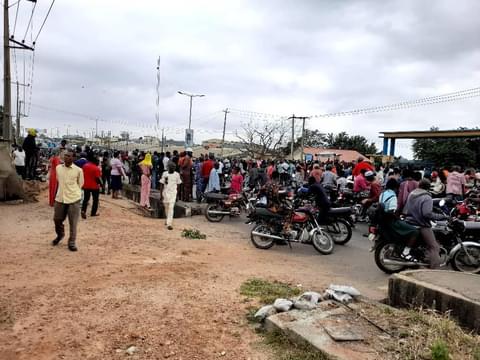 It has been confirmed to OduduwaNews that some angry youths have stormed the Divisional Police Headquarters in Oyo State to demand the immediate rearrest of the escaped notorious killer, Sunday Shodipe who was known to have terrorised the people of Akinyele area of Oyo State before his arrest.

You will recall that Sunday Shodipe was arrested few weeks ago and confessed to have killed no fewer than five people at Akinyele area of Oyo State. Recently, the notorious serial killer was declared missing by the Oyo State Police Headquarters with the claim that it has launched a manhunt to ensure he is rearrested.

Meanwhile, the Oyo State Police Force PRO, SP Fadeyi confirmed to the PRESS men today that some irate youths under the aegis of students’ association stormed the State Divisional Police Headquarters demanding that the escaped serial killer be rearrested.