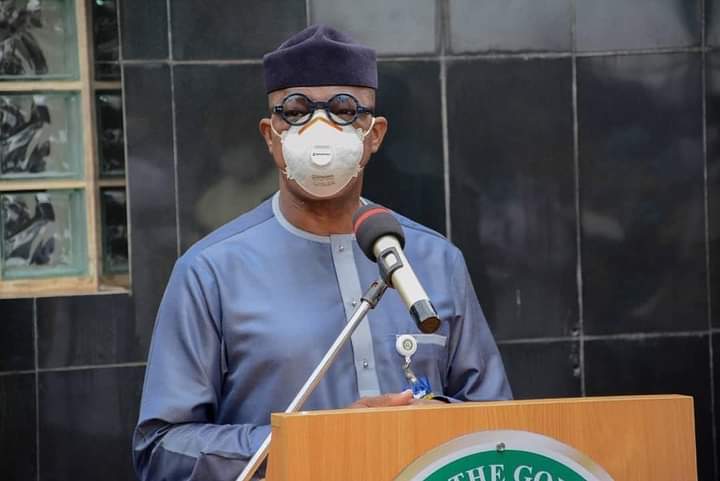 Ogun State governor, Dapo Abiodun has condemned attack on peaceful protesters by men of Nigerian Police and called for the release of detainees.

This was contained in a statement released today via his official Twitter handle which reads in part:

“Freedom of peaceful assembly and of speech are the inalienable rights of every Ogun State citizen, as enshrined in the Nigerian Constitution, and since governments at all levels are guided by this, the Ogun State Government will not be an exception.

“The use of threat, physical harm or lethal control by any security agency to resist peaceful protests will not be accepted by this Government, and I have given express directives that will be followed to the letter in this regard.

“Sadly, I received reports of daring attacks in Abeokuta by a fraction of people who hijacked the hitherto peaceful #EndSARS demonstrations organised by mostly Ogun State youths originally organised to make the voice of the good people of Ogun State heard. This led to the disruption of public peace; vandalisation of Police stations; damaging of vehicles of innocent citizens, in particular, that of the Ogun State Deputy Governor which was parked while she was attending a function.

“I have however instructed the Commissioner of Police to ensure the quick release of detained protest organisers today, and only investigate those apprehended while directly committing the acts of vandalism.

“I want to plead with the entire Ogun State populace to remain peaceful and calm, and be involved in only peaceful demonstrations, going forward.

“It is for our joint safety that I plead, in addition to this, that citizens should desist from any act of violence, breach of peace, and breakdown of law and order, as this puts even the lives of the citizenry themselves at risk. The State Government will not condone any act that will put the lives and property of its citizens, security agents and the State in danger”.