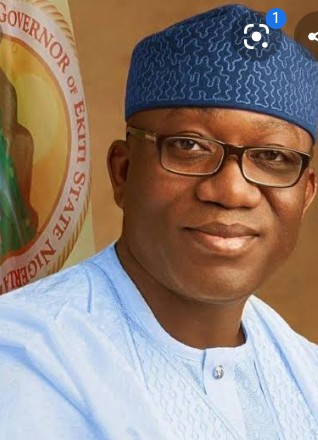 Some members of All Progressives Congress APC in Ekiti State have alleged the governor of the State, Kayode Fayemi of anti-party conduct in the recently held gubernatorial election in Edo State.

The APC leaders in Ekiti State have also alleged that Governor Kayode Fayemi is planning to expel them from the party.

The stakeholders also alleged that the governor supported Godwin Obaseki the candidate of the Peoples Democratic Party (PDP) in the just concluded Edo State elections.

Mr Obaseki, who joined the PDP after he was denied the APC ticket, defeated Osagie Ize-Iyamu of the APC to win Saturday’s governorship election.

The crisis rocking the APC in Ekiti State has been on for several months.

In an official reaction to their summon, the affected politicians in a statement signed by Bamgboye Adegoroye, sent to newsmen on Monday, said Mr Fayemi was responsible for their summons.

“A curious process is taking place in the Ekiti State branch of our progressive party. Our governor and the chairman of Nigeria’s Governors Forum, Dr Kayode Fayemi, after installing the governor of Edo State in a clear case of anti party, is bent on expelling leaders of the party.

“Towards achieving this purpose he (Fayemi) has set up a committee of his adulators to put us on trial in a predetermined process. The committee is chairmanned by one Mr Ajigbolamu who recently left the PDP to join our party. We also know that the affairs of the committee is managed by the office of the Attorney General Mr Wale Fapounda, his anointed for the position of governor when his term is over in 2022.”

The stakeholders also said despite assisting the governor politically, Mr Fayemi has decided to punish them by appointing new executives of the party in a private home in Iyin-Ekiti, which they said violates the constitution of the party.