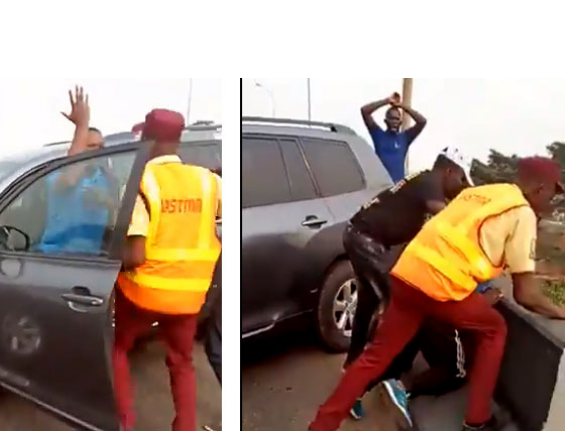 A motorist on Thursday knocked down a police officer off a bridge into a canal while trying to escape arrest in Lagos State.

The incident happened around the army resettlement centre in the Oshodi area of the state.

The driver of the Toyota Highlander was being apprehended by police officers and officials of Lagos Traffic Management Agency (LASTMA) for driving against traffic an offence popularly referred to as one way.

Officials of LASTMA confirmed to Channels Television that the policeman broke his arm as a result of the incident and that he is now hospitalised.

The driver has been arrested.

The video of the incident has generated reactions on social media with the Chief Press Secretary to Lagos State Governor, Gboyega Akosile condemning the action of the driver.