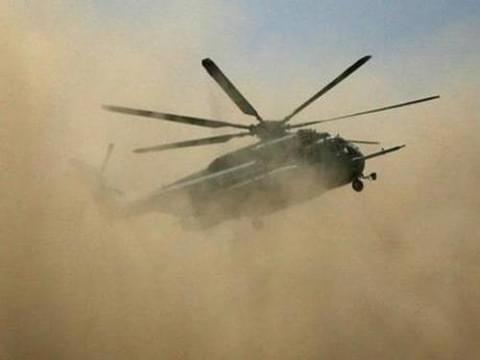 OduduwaNews gathered this afternoon that one helicopter belonging to Quorum Aviation Limited crashed into a private building in Opebi area of Lagos State. In the meantime, the aviation company has released a statement this evening to reveal the identities of the victims of the incident.

Quorum Aviation Limited, the owner of the helicopter that crashed in Lagos State on Friday, says two crew members died in the incident.

In a statement issued by the company on Friday, Quorum Aviation said the passenger was injured in the crash and is being treated at a hospital.

“Preliminary reports indicate that of the three souls on board – all crew, two of the crew members lost their lives whilst the third one is currently receiving treatment at a hospital,” the statement explained.

“We have been made to understand that nobody in the building, nor in the vicinity was injured for which we are grateful.”

It explained that “nobody in the building, nor in the vicinity was injured for which we are grateful,” adding that as soon as Quorum Aviation was informed about the incident, “we promptly informed the aviation authorities, Accident Investigation Bureau (AIB) and the Nigerian Civil Aviation Authority (NCAA).”

The AIB has taken over the investigation and, the company, is, therefore, calling on the public to await its outcome.

“We hereby express our heartfelt condolences to the families of the crew who lost their loved ones in this tragic accident,” the firm added.

The helicopter crashed into a private building in the Opebi area of Lagos and sources say the aircraft, a Bell 206, with registration number 5N BQW, came in from Port Harcourt, the Rivers state capital with two crew members and a passenger.