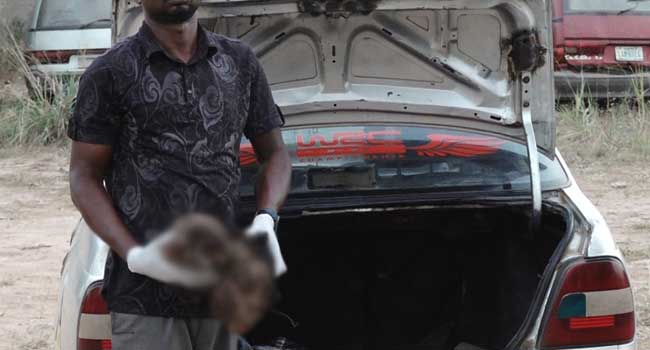 A middle-aged man, Hassan Saka has been arrested for being in possession of two human heads in Ondo State.

Saka was arrested on Monday by operatives of the National Drug Law Enforcement Agency (NDLEA) in the state.

The exhibits were discovered in a vehicle along Owo/Akure road, concealed in a brown carton.

The State Commander of NDLEA,  Haruna Gagara said the suspect will be handed over to the police.

The Spokesperson of the Ondo State Police Command, DSP Tee-Leo Ikoro confirmed that the suspect has been handed over to the police.

He noted that investigation is ongoing on the incident, adding that the suspect will soon be prosecuted.