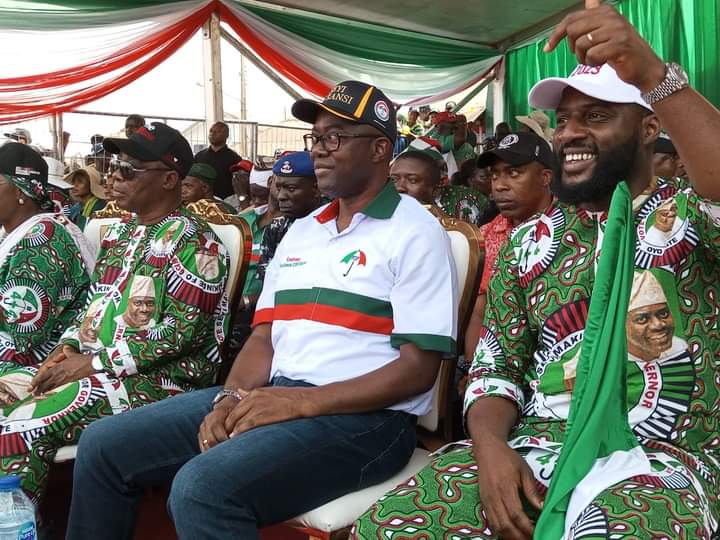 The entire zone of Ibarapaland received political gladiators from the ruling Peoples Democratic Party PDP on Saturday as the Oyo State Governor, Engr Seyi Makinde flagged off the 2023 electioneering campaign of PDP at Old Garage, Igboora.

The party faithfuls, residents and indigenes of Ibarapaland gathered at the venue for the flag off.

Highlight of the flag off was the presentation of PDP flag to all the candidates of the party in the forthcoming General Elections across Oyo State.

In his remarks at the flag off, Governor Seyi Makinde promised to set up Rural Electrification Board in Ibarapaland while also assuring that the reconstruction of Eruwa-Ibarapa road will commence in two weeks.