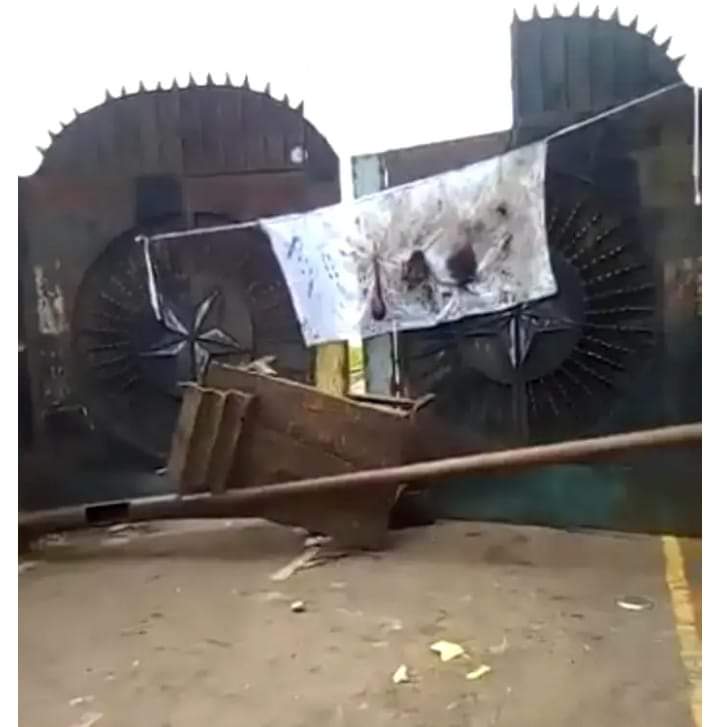 One Prince Lukman Olatunji Gboleru was reportedly killed over attempt by yet to be identified persons to access the locked palace of Akirun of Ikirun in Ifelodun local government area of Osun state.

An elder brother to the deceased, Prince Tajudeen Gboleru disclosed to newsmen that the deceased led some people towards the palace upon hearing that some persons attempted to forcefully gain access into the palace. According to him, I heard that there was gunshots in front of the palace by security operatives with some people and he was killed right in front of the palace. “I don’t know who really shoot him but there was gunshot by soldiers and police and he was killed.”

Meanwhile, the Public Relations Officer of the state Fire Service Department, Adekunle Ibrahim said the department was alerted to the fire incident by police and personnel were deployed to quench the fire.

“However, a mod stopped the vehicle from accessing the palace and our personnel were attacked. Three of them have been taken to the hospital as I speak with you. “I don’t know the source of the fire, but we were told that some person set part of the palace on fire due to the chieftaicncy crisis in the town”, he said.
As at the time of filling this report security operatives have been deployed into the town, as resident abandoned their businesses for safety.

Attempt to get reaction from the state police spokesperson, Yemisi Opalola proved abortive as she did not pick calls put through to her phone.