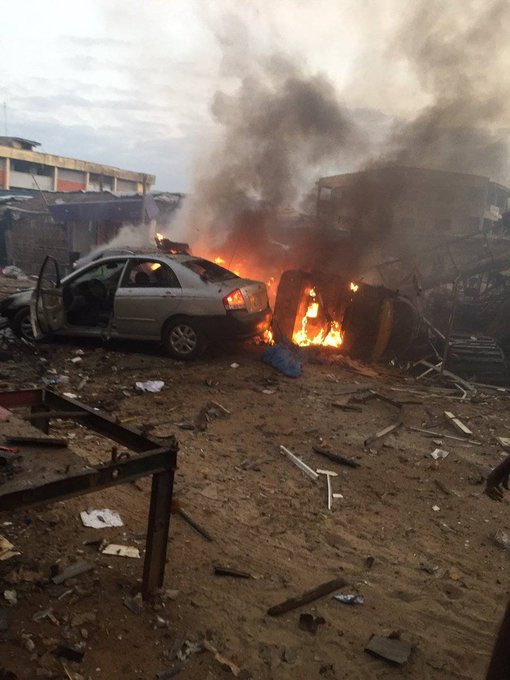 An explosion just occurred at Afariogun Road, Ajao Estate, Lagos State. It was learnt by ODUDUWA NEWS that several buildings were seen with flames while a lot of properties have been turned into ashes. As at the time of reporting, no details of casualties said to have been recorded by the Security Agencies but some eye witnesses gave account that several people feared dead. Details later.