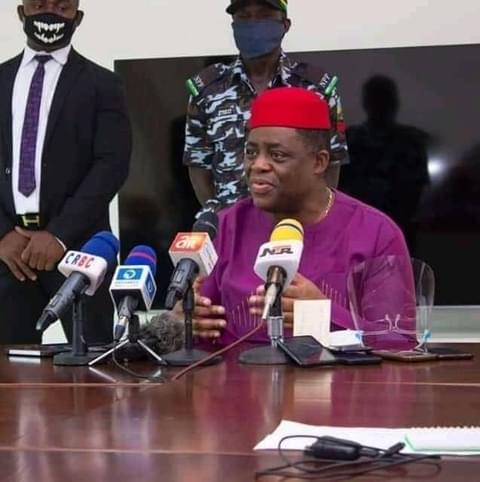 The former Minister of Aviation, Mr. Femi Fani-Kayode who in recent time was said to have alleged Daily Trust Journalist, Charles Eyo at a PRESS briefing in Calabar.

The journalist who asked Fani-Kayode of the person bankrolling his projects tour he has embarked on across the States but instead of Fani-Kayode to answer the question he started hurling abusive words on the journalist.

In the extract of the statement of the suit he filed by his Lawyer which read apart, “You are also advised to enter into negotiations with us for the sum of N6bn being a token amount for penitence as opposed to the magnitude of infraction caused to our client’s.” Details later.