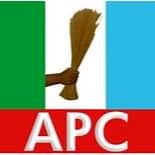 The opposition party in oyo state, All progressives Congress converged in Idi-Ape Ibadan on thursday 21 January for a stakeholder meeting to map out strategy to reclaim the state in 2023.

The APC in Oyo state returned to opposition side after the 2019 general election that favored People’s Democratic Party’s candidate Engr. Seyi Makinde.

During the course of the meeting, strategic leaders of the party in the state tool rounds to bring ideas and express their readiness to work in harmony to return the party in 2023.

A communique issued at the end of the meeting, signed on behalf the Meeting Conveners and Communique Drafting Committee by Alhaji Adesina Alabi, reads:

“Conveners posited that the Meeting was the brainchild of some concerned members of Oyo APC who feel the need for Progressive family members across the eleven Local Government Areas of Ibadan Land to channel a new course and mobilize for unity, harmony and cooperation with a view to repositioning the Party.

“Conveners emphasized that the Meeting was not at the instance of individual, group or bloc of aspirants or those seeking to hijack the Party for selfish reasons. More so, efforts were made to reach out to all gladiators and prospective aspirants without any exception as they all pledged their support for the bold initiative.

“Conveners regretted the step taken by some faceless people to discredit the Meeting through sponsored noise in the mass media which was aimed at discouraging genuine members/delegates from attending the Meeting. However, stakeholders again appealed to those behind the futile call for boycott of the Meeting to have a rethink and join others to rebuild Oyo APC if they were genuine in their claims as members of the Party.

“Stakeholders at the Meeting were, therefore, unanimous in their call for more commitment, team spirit and love for one another among Party faithful as the 2023 general election beckons.
“At the Meeting, it was reported that Progressive elements from Ibarapa axis expressed their desire to be carried along in the efforts to reflect Ibadan Land/Ibarapa land Agenda for the APC.
“Stakeholders re-echoed the need for oneness and togetherness as this was considered very essential for the APC to bounce back and reclaim its lost glory and thus emerge stronger and more virile.

“Stakeholders welcomed briefing from the National Headquarters of the APC ahead of the forthcoming membership registration and revalidation exercise which the promised to accord all necessary support to ensure that a good population of existing and new members are captured in the exercise.

“Stakeholders lauded conveners for the efforts made towards strict adherence to Covid-19 protocols.

“Conveners expressed gratitude to eminent party leaders especially former governor, Otunba Adebayo Alao-Akala, who was represented at the Meeting by Chief Wale Ohu and also the State Caretaker Chairman, Chief Akin Oke,
“The Meeting adjourned for another day which Conveners promised to announce to the general public as soon as possible.”

Earlier, in his wecome address, the acting secretary of the party in the state, Hon. Mojeed Olaoya, explained that the stakeholders meeting became pertinent in a bid to address some of the issues that led to the loss of the party at the 2019 guber polls in the state.

He noted that it is important for the party to form a united front in the state.