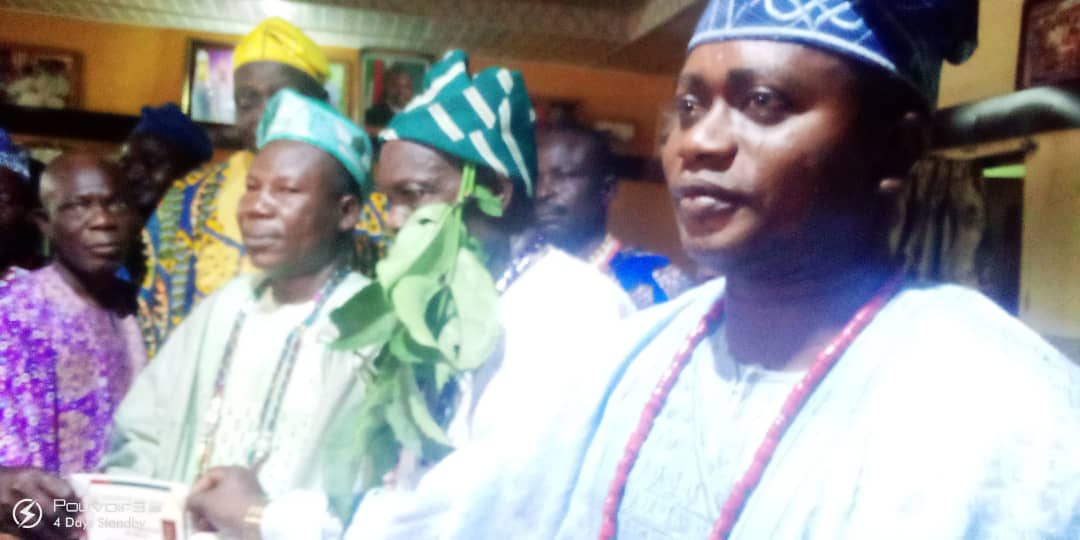 The occasion which was graced by the representatives of His Imperial Majesty, Oba Lamidi Olayiwola Adeyemi 111, the Alaafin of Oyo, the Caretaker Chairman Araromi LCDA,Hon. Timothy Ogunleke, Alawaye of Awaye, Oba Amidu okunlola, the Alageere of Ago-Aare land, the Alado in-council, security personnel and other well wishers in the local government, commenced at about 8:30am in the morning.

In his opening address, Oba Revd. Ademola Olugbile Folakanmi, who is the consenting authority to Oniserin of Iserin-Ile chieftaincy, appreciated the Government of Oyo State under the leadership of Governor, Engineer Oluseyi Makinde, FNSE and Alaafin of Oyo, Oba Lamidi Olayiwola Adeyemi 111, for making it possible to have another Oniserin of Iserin-Ile installed after the demise of the last Oniserin, Chief Lawrence Taiwo from Apogede ruling house some years ago.

Kabiyesi further stated that the installation of the new Oniserin was made possible after the court judgement on suit no.HSY/1/2017 delivered at High court of justice,Oyo Judicial division on Friday 12th July,2019 which hitherto paved way for Ayelumo as the next ruling house to fill the vacant stool.

Alado equally said that, “upon the fufilment of every righteousness by all the stakeholders in the appointment and installation of Oniserin chieftaincy that prince Rasheed Adeleke Motolase from Ayelumo ruling house was being installed as the new Oniserin of Iserin-Ile”

Oba Folakanmi in the concluding part of his address advised the new Oniserin to behold the office as a means to serve his people and not an avenue to rule them for posterity sake.

He therefore appealed to all Iserin sons and daughters especially the opponents in the contest to the stool to embrace peace and join hands together with the new Oniserin in order to move the community forward, while he congratulated them on the new development.

Speaking at the occasion, Iwarefa Alaafin of Oyo who spoke on behalf of the Alaafin of Oyo, His Imperial Majesty, Oba Lamidi Olayiwola Adeyemi III warned Chief Adeleke not to be acting contrary to the wish of His Imperial Majesty, and Alado of Ado-Awaye himself who is the consenting authority to Oniserin chieftaincy in the interest of peace and stability in his domain.

In a similar development, the Caretaker Chairman of Araromi LCDA, Hon. Timothy Ogunleke in his address appreciated Governor ‘Seyi Makinde for his timely response to the request of Iserin people over the filling of Oniserin vacant stool which could not be achieved during the last administration in the state. He further advised Oniserin of Iserin-Ile, Chief Rasheed Adeleke Motolase to “reciprocate the good gesture by working towards safeguarding the “principles” of the PDP party in his domain”.