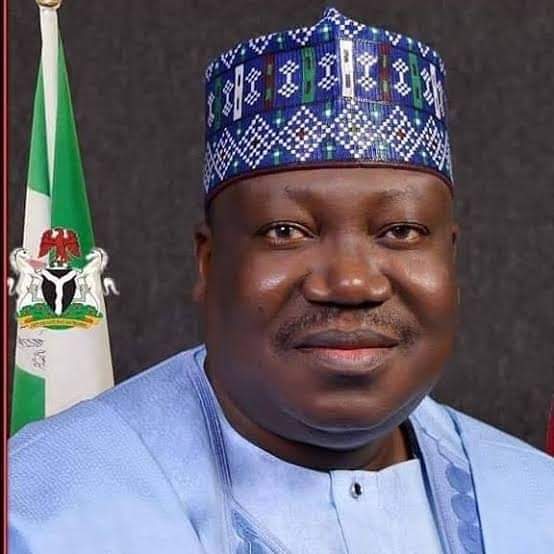 The Yoruba socio-political group, Afenifere and the Aare Ona Kakanfo of Yorubaland, Iba Gani Adams, an elder statesman, Pa Adebanjo have berated Senate President, Ahmed Lawan, over his comments indicting South-West governors for the recent mayhem in Sasa community, we Ibadan, in the Akinyele Local Government Area of Oyo State.

Lawan, in an interview with the BBC Hausa Service on Saturday, claimed that ‘unguarded statements’ by some governors in the South-West incited people in the area to take up arms against fellow citizens.

He also blamed what he called the failure of governments in the region for the crisis which led to property destruction in the area.

Lawan stated, “What happened in Oyo State and other things that kept happening in the South-western states are caused by leadership failures in the region. Some utterances by some governors also went a long way in inciting the citizens to take up arms against other ethnic groups settling in their states. The governors’ utterances emboldened the criminals to unleash violence against the northerners.”

Saying the incident happened while the National Assembly was on recess, he noted that it was one of the first issues deliberated upon when the assembly resumed legislative activities.

Lawan said, “Sasa killing was one of the things we deliberated upon at the plenary when we resumed. We condemned the violence and even moved against any kind of inciting comments or utterances by some government officials. We equally condemned the eviction order by one ethnic group on the other, or indigene-settle claims, just as we called for the compensation of all the victims of herder/farmer clashes in the country.’’

Reacting to Lawan’s comments in an interview with Sunday PUNCH, Adebanjo asked the Senate President to withdraw his provocative statement against governors in the South-West.

Adebanjo said, “It is an insult brought to us by those who aligned with the All Progressives Congress to force the President, Major General Muhammadu Buhari (retd.) on us as a nation. It is a tragedy that someone called the President of the Senate could make such a statement about South-West governors. In fact, it is Lawan that just made an unguarded statement.

“He has failed in his duty. He never had anything to say about the killings of farmers, raping of our women and massive destruction of our farmlands by killer Fulani herdsmen.

“His language is unguarded. I am sure that his language is that of President Muhammadu Buhari himself who has refused to caution the herdsmen.

When someone is part of a government that negotiates with bandits and criminals, what do you expect? It is people like Lawan who are behind the herdsmen and even own the cows. The statement by the President of the Senate is insulting, derogatory, shows lack of manners and a sign of improper training. It is condemnable and should be withdrawn.

“Are the governors in charge of security in their states or the one controlling the police? They have to resort to Abuja before the commissioner of police will even pick their calls. The Federal Government has refused to even allow Amotekun to bear arms but unconcerned when herdsmen carry sophisticated arms such as AK-47 and others.”

Also, speaking with one of our correspondents on Saturday, the Aare Ona Kakanfo of Yorubaland, Iba Gani Adams, described Lawan’s statement as ‘highly condemnable,’ asking him to withdraw it forthwith.

Adams also expressed worry that such a statement was uttered by the president of the country’s upper legislative chamber.

The Aare Ona Kakanfo added, “As a Senate President, he ought to detach himself from nepotism and appear like a statesman and not a sectional leader. The statement from him is highly condemnable and I will advise him to retract it. He will be bias if he’s asked to say anything concerning the Yoruba.’’

Speaking in a similar vein, Afenifere said ‘unwarranted provocations’ against the South-West were becoming too many.

Speaking through its Publicity Secretary, Yinka Odumakin, the group said, “So it’s not the unguarded statements of Buhari’s henchmen? It’s the leadership failure in Nigeria that is keeping people like him in office.’’

Lawan in the interview with the BBC demanded the arrest and prosecution of those involved in the Sasa mayhem.

He added, “Recently, President Muhammadu Buhari also invited the state governors and told them that the Federal Government would not condone any governor calling for the eviction of any ethnic group from his state. He said that no governor should incite his citizens to unleash terror or violence on the non-indigene members of the communities.”

On February 12, 2021, a disagreement between a Hausa porter and Yoruba female trader in Sasa market, Ibadan, degenerated into bedlam and claimed lives including multimillion naira investments.

A Yoruba cobbler, Shakirudeen Adeola, reportedly challenged the porter for beating the woman and in a fit of rage, the porter was said to have brought out a charm and hit Adeola who was rushed to a hospital and died thereafter. The news of Adeola’s death sparked off violence which shattered the peace in the area.