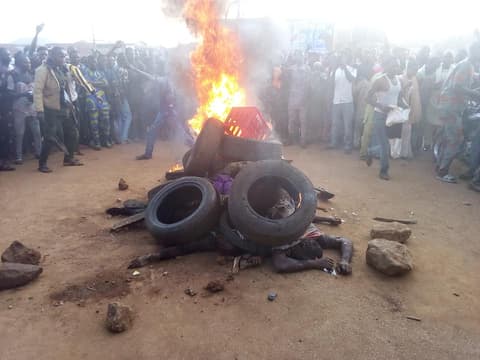 3 Armed Robbery Suspects who robbed a bank in Okeho, Kajola Local Government of Oyo State were caught along the way when their 18-seater bus involved in an accident.

While reacting to the incident, the Police Commissioner, in a statement signed by the Oyo State Police Public Relations Officer, SP Fadeyi Olugbenga, calls for calm, noting that the Police is already on the trail of those who are still at large among the robbers.