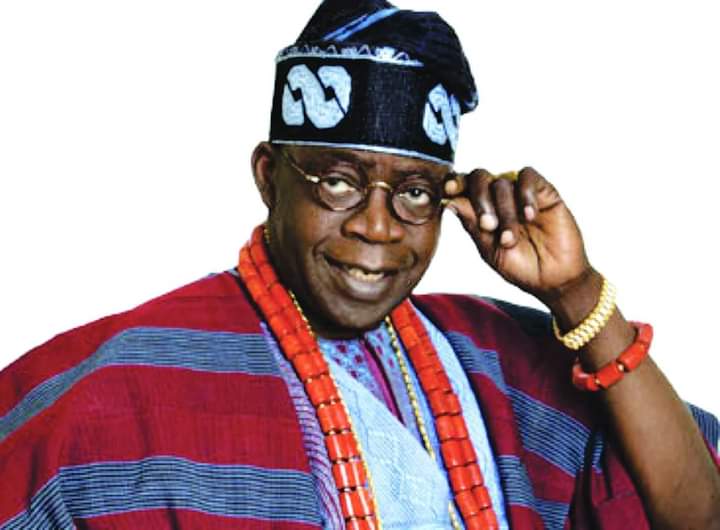 Ekiti and Ondo States former speakers have dissociated themselves from the purported endorsement of the National Leader of the All-Progressive Congress (APC), Asiwaju Ahmed Bola Tinubu to contest the 2023 presidential election.

It will be recalled that it was reported earlier today, January 15, 2021 that former speakers of Houses of Assembly in the Southwest geo-political zone had, at a meeting in Ibadan on Wednesday, January 13, 2021 and attended by the current Lagos State House of Assembly Speaker, Rt. Hon. Mudashiru Obasa, resolved to draw massive support for the candidacy of Tinubu for the 2023 presidential election.

However. in a release signed by Rt. Hons. Victor Olabimtan, Oluwasegunota Bolarinwa, Agbomuserin, Abdusalam Olawale Taofeeq, Kenneth Olawale (Ondo), and Ajigbolamu (Ekiti) and made available to journalist on Friday, the ex-speakers from the two states maintained that although they attended the said meeting, there was no endorsement for the candidacy of Tinubu and no communique was issued to that effect.

The former-speakers said the meeting was at the instance of Rt. Hon. Titi Oseni, the Coordinator of the Southwest forum of the Conference of Former Speakers of House of Assembly of Nigeria, under the national chairman of Governor Simon Lalong. Rt. Hon. Obasa came to the meeting to solicit support of the ex-speakers, as automatic national delegates, for the aspiration of his mentor, Asiwaju Bola Tinubu.

They said when the issue was discussed they spoke in unison during the meeting and maintained that they would rather wait for the directive of the leader of their respective states. That’s Governor Akeredolu of Ondo state and Governor Fayemi of Ekiti State, who are in best position to speak for their states. They told the gathering that all candidates from the zone, including Tinubu had legitimate right to aspire to lead the country.

The ex-speaker from Ekiti State also informed the gathering that his Governor, Dr. Kayode Fayemi is equally interested in the presidency and eminently qualified.

“As much as the issue of national politics is concerned, we are of the opinion that every eligible aspirant deserves equal right and opportunity. As a member of the All-Progressives Congress, APC, we are not against the aspiration of any member of the party from the Southwest Region. Every State in the Southwest, be it Lagos, Ondo, or Ekiti is qualified to produce a candidate and whoever that the leadership of the Party supports, we will support”.

“It is a well-known fact that, our Governors are the leaders of our party in every State, and we will never do anything that is contrary to their interest. If Asiwaju Bola Tinubu is interested in running for the 2023 Presidency, and Governor Kayode Fayemi of Ekiti State is also gunning for the position, they are both qualified to run. However, none of them has openly declared interest or intention to do so. Therefore, the issue of drumming support for any particular “aspirant” as being circulated is out of place and we are not party to that”.

These positions were said to have been canvassed at the meeting by members from Ondo and Ekiti States, and now re-echoed in a joint press statement issued by the aforementioned ex-speakers.

“We hereby dissociate ourselves from such endorsement when the purported gladiator has not informed the Conference of his interest to run for the exalted position in the Country. We are party men, and will support the interest of all our leaders wherever they go”.