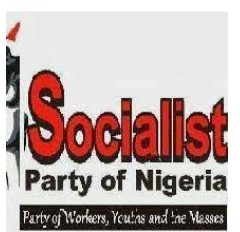 In a statement signed and released today by the Secretary of the Oyo State Chapter of the Party, Comrade Ayodeji Adigun, Socialist Party of Nigeria SPN calls on workers to prevail on their union leadership not to accept any attempt to make working people victims of the consequences of accumulating debt burden of the State.

The Socialist Party of Nigeria, SPN Oyo State Chapter faults the decision by Engr Seyi Makinde-led government to issue another fresh bond of N100 billion under the usual pretence of investing on infrastructural development when the State is obviously groaning under a huge and crushing debt burden already. The fresh N100billion bond which was reported to be for the facilitation of the execution of 50km Iseyin-Ogbomosho road, the Ibadan circular Ring road and expansion of ibadan airport road is the fourth loan facility the Engr Seyi Makinde-led government has accessed in barely 14 months in office.

SPN is not enthused with the news of the 100 billion bond. This is not to say that the highlighted projects reportedly tagged priority projects for which the Makinde’s government purportedly got the latest loan are not important. We acknowledge the potential of these highlighted projects to attract a huge economic development to the State but obviously this should not be at the cost of plunging the State into an avoidable economic bankruptcy and bondage.

Already, according to the National Bureau of Statistics, NBS, the total debt burden incurred by the successive governments in Oyo State including the late Senator Abiola Ajimobi-led regime before the advent of Engr Seyi Makinde-led government in May 29th, 2019 was over N126billion. This figure which comprises over N94billon of domestic debt and over N32billion of external debt did not translate into any meaningful improvement in the Infrastructural development and the well-being of the people of the State. As things stand now, this huge debt burden has now been increased by over N140billion by Engr Seyi Makinde-led government in just 15 months in office. Now, the debt burden of Oyo State hovers around N266billion

This is a very worrisome figure of debt for the State and it means the State is now at the verge of being plunged into economic insolvency considering the cost required for the servicing and repayment of the newly issued 100billon bond alone on the top of the previous ones. At 12% interest rate which is the least for the bond issued by States, it will require nothing less than N20billion naira annually to service the bond while the cost of repayment annually range from N5billon to N20billion depending on the year for the repayment which usually range from 5 to 20 years.

Obviously, with this huge amount for the servicing of the 100billion bond and the previous loans to be deducted from the State’s revenue with over 80% of the it coming from the Federal allocation and considering the fact that the Federal allocation itself has recently dropped considerably owing to the decline in the international prices of crude, then the volume of funds available for the State will be drained away only by debt servicing. This will be at the expense of the provision of social services like education, health and the well-being of mass of workers and the poor people across the State.

The economic implication of this is that fees may be hiked across schools in the State while the health sector will suffer a deeper neglect than before hence, making the health institutions in the State weaker and unable to attend to the health need of the citizens. The sustainability of the implementation of the N30,000 minimum wage and prompt payment of salaries and pension is most likely to be threatened, thus compounding the current economic hardship the mass of the working but poor people in the State are going through at this present time.

This will mean a double jeopardy for mass of the working people in the state, moreover, the Private Public Partnership, PPP arrangement through which the so called priority projects are planned to be executed has shown on several instances to be a monumental fraud of using public resources for private profits. Therefore, the N100billion bond like the previous loans will end up being shared among the pro-capitalist politicians and not translate into any significant improvement in both the well being of the working people and level of Infrastructure in the State.

This is why the SPN calls on mass of the workers in the State to commence the process of prevailing on the leadership of their respective unions particularly the State’s leadership of the NLC and TUC that at no time should they accept any attempt to make the workers, youth and the poor in the state to bear the burden of the economic consequences of the debt burden currently hanging on the State. Civil servants outsides the core civil service like tertiary institutions across the State including the LAUTECH teaching hospital workers who are currently being denied the implementation of N30,000 minimum wage despite the huge noise and propaganda Engr Seyi Makinde-led government is making around the implementation of the new minimum wage must continue to demand the implementation in addition to the 2019 promotion which is yet to be implemented across tertiary institutions in the State.

SPN urges leadership of the workers organisation to begin to demand that the political office holders be placed on the salary and allowances earned by the civil servants. Also the exact amount of security votes earn by Engr Seyi Makinde-led government must be declared and same should be dissolved into the pool of funds available for the State to meet the economic need of the people of the State. Also importantly, is the need for workers to begin to demand that the execution of all public works in the State should be through a public work programme by the ministry of works that will be equipped with adequate manpower and machinery under a democratic control of the committee of elected representatives of workers and communities.

With democratically run public work programme instead of the fraudulent PPP or contract system, placing political office holders on salaries and allowance of civil servants and scrapping of wastages and fraudulent emoluments like security votes and pensions for ex-governors, there might not be any need to borrow in the first instance. But these measures are not possible on the basis of a capitalist government. This is one of the reasons workers, youth and the poor masses should join the SPN which will run the government on a socialist programme which include above stated measures and agitate for the nationalization of the commanding heights of the economy under democratic management and control of the working people in order to raise adequate resources for social programme and infrastructure development.