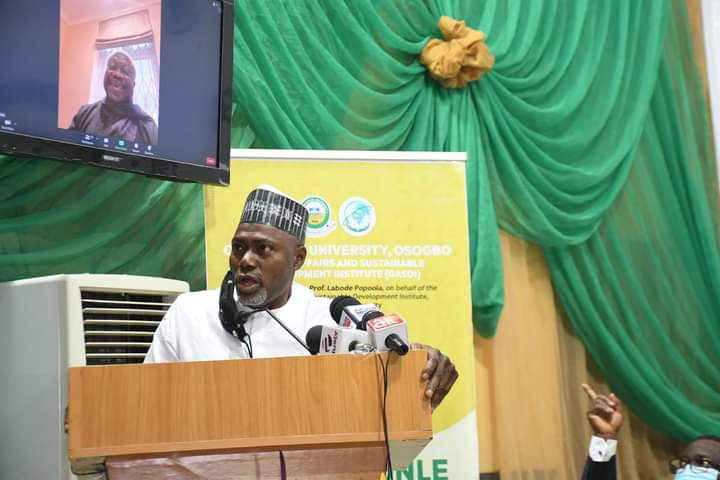 In combating the major challenges that confront Nigerian universities, The Assistance Vice-Chancellor of the University of the West of England, Bristol, Professor Lukumon Oyedele has on Tuesday, 22nd of December beseeched the Nigerian Government to grant Nigerian Universities autonomy to permanently solve the challenges facing Education in Nigeria.

Professor Oyedele who made the statement while delivering the 2nd annual Prince Tunde Ponnle public Lecture titled “Internationalization of Higher Education in Nigeria: A Change in Attitude and Strategy” identified ineffective governance model, poor academic quality, and structural problems as part of the problems that is currently affecting Nigerian Universities. He further stated that the issue of not working and still getting paid is a panacea for failure and future strikes and thus causing the incessant strike in Nigerian Universities. Professor Oyedele however maintained that giving Universities full autonomy will enable each institution to determine and manage their resources more effectively.
In his lecture, Professor Oyedele said “The only way the Nigerian Government can make Nigerian Universities great again is to ensure that full autonomy is embraced in terms of every activity within the university system in Nigeria. I strongly believe that this will give opportunities for universities to fund themselves and be able to do exactly what they want. It will definitely cause issues, there is no doubt about it because some universities will collapse, some universities will merge, but the reality is that the universities that can survive this will do well, and new ones will also emerge.”
“Competency-based appointment and performance-based management can go a long way to increase academic quality in the country. It’s not about ethnicity, it’s not about tribalism, and it’s not about where you come from or your state of origin. It’s about who can do the job.
After giving autonomy, the role of the Government will just be monitoring and ensuring accountability within the university system.” Professor Oyedele added.

The Vice-Chancellor, Professor Labode Popoola while speaking on the lecture noted that he is an advocate of autonomy.
“When you have the autonomy, there are some basic things you must do. You have to be accountable, transparent, and should be able to employ from wherever you want. You can charge your own fees based on the quality you give.”
However, Professor Popoola stressed that while autonomy has numerous advantages, it comes with responsibility.
Osun State Governor, Mr. Adegboyega Oyetola, in his address said “this year’s topic is not only interesting but very apt. Our government is ready to leverage on well-informed contributions like this to reform our state-owned tertiary institutions.”

The Governor who was represented by the Commissioner for Education, Hon. Folorunsho Bamisayemi noted that his administration is committed to making Osun state institutions globally competitive and as such, we are receptive to every well-articulated idea to achieve our goals,” he added.
Among dignitaries that graced the event are the former Governor of Osun State, Prince Olagunsoye Oyinlola; The former Vice-Chancellor of the University of Ibadan and former Minister of Health, Professor Isaac Folorunso Adewole; The current Vice-Chancellor of Obafemi Awolowo University, Professor Eyitope Ogunbodede; The former Registrar of Obafemi Awolowo University, Mr. Ayorinde Ogunruku; Royal fathers in the State of Osun among other dignitaries.