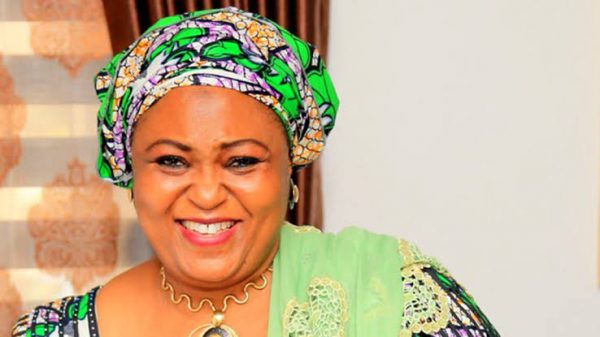 One of the leaders of the Peoples’ Democratic Party, Chief Bosede Adedibu has dismissed the existence of the APC in Oyo State, saying if truly the party exists, the PDP would not have won in 2019.

Alhaja Bose Adedibu attributed political defeat suffered by APC and other political parties in the last gubernatorial election as a sign that shows PDP as the only party that exists in Oyo State.

Mrs Adedibu said this yesterday while featuring on BOTTOM LINE – a political programme on IBR 92.5fm Ibadan.
The programme was anchored by Aanuoluwapo Omorinde.

The Wife of the late Lord of Ibadan politics submitted that the administration of Governor Seyi Makinde is on course but noted that the opposition is trying hard to distract the PDP led government.

“Today they talk about insecurity but no government has spend so much on security like this government. They are only shouting but we cannot see them. They don’t exist. They will only do in vain because this government is focused.

“If they talk about insecurity in Oyo, what is happening up there? Is it the PDP that is ruling at the top?.

“Oyo is the only State being controlled by the PDP and they are disturbed by this so, they want to bring this government down but they will not succeed.

On the allegation that Governor Seyi Makinde spends State money to equip individuals by purchasing luxurious cars for them, Mrs Adedibu berated the purveyors of what she called rumour and fake news.

“Yes, Makinde bought cars for some people of which I am one of them. But they don’t know what they are saying. Was Seyi Makinde not made before he became the Governor? Has he not being doing that before he became the Governor? Let me tell you this – Makinde bank rolled his campaign by himself. Did you hear anybody gave him money for the election? Pls let his Critics say something else.

On the state of education in Oyo, Mrs Adedibu who gave Makinde government a pass mark challenged the School Heads to account for the grants the government has given them as Governor Makinde called for before requesting for another one. She faulted the claim of the opposition that the government faked the report of the promotion of Oyo State from 26th to 12th position on WAEC rankings.

According to her “what do you expect from them? They can never see anything good in Seyi’s government”.

She stressed that a re-election is a forgone conclusion for the PDP in Oyo State”.