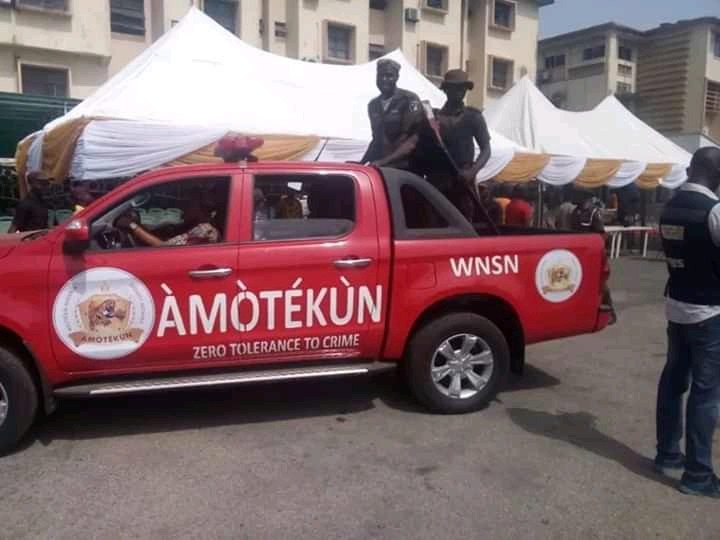 More reports have emerged on what triggered the latest clash between the Southwest Security Outfit codenamed Amotekun and some Fulani herdsmen in Ibarapa North and Ibarapa Central Local Government Areas of Oyo State.

ODUDUWA NEWS had reported the violence that erupted in some villages in the area on Saturday January 9th, 2021.

Reliable sources revealed how Amotekun operatives had mobilised its men in the locality, with reinforcement from other regions in the State for a manhunt on some notorious criminal suspects in the affected areas.

Reports gathered from the Amotekun security outfit revealed that the raid was hinged on the tip off on some criminal elements who had unleashed terror on the people of the communities within the region.

According to a source within the security outfit, these criminals were known to use the raided Fulani villages as hideouts.

“We had to carry out surveillance on the villages in the area. Security reports have it that these gangs have sophisticated weapons which they use to terrorise the people of the communities. Arms and ammunition were seized in the operation while some of the herdsmen fled with the weapons in their possession. All the weapons seized had been handed over to the police at the Police Divisional Headquarters in Ayete”, the source said.

The Amotekun security stated that the Fulani herdsmen resisted their attempt to carry out normal search on the villages.

The source said the herders rather responded to their visit with heavy gun battle which resulted in death of three persons.

Findings from the farmers’ association in Ibarapa Central Local Government corroborated the reports obtained from the Amotekun security.

A reliable source within the farmers’ association confided in reporters that the villages raided by the Amotekun operatives were being occupied by some criminal Fulani herders who had allegedly carried out many atrocities in the locality.

A residence of Idere, a town in Ibarapa Central Local Government, who spoke with our correspondent on the condition of anonimity revealed that a notorious Fulani herder lives in the area raided by the Amotekun operatives.

“His name is Umaru. He is a very famous Fulani man who is feared by farmers. He would invade your farm, destroy your crops and call the bluff of whoever challenges him.” the source claimed.

The Amotekun Security Network has retrated their efforts in securing lives and properties in the State and also contain any form of criminality within the State as they have pledged to do.