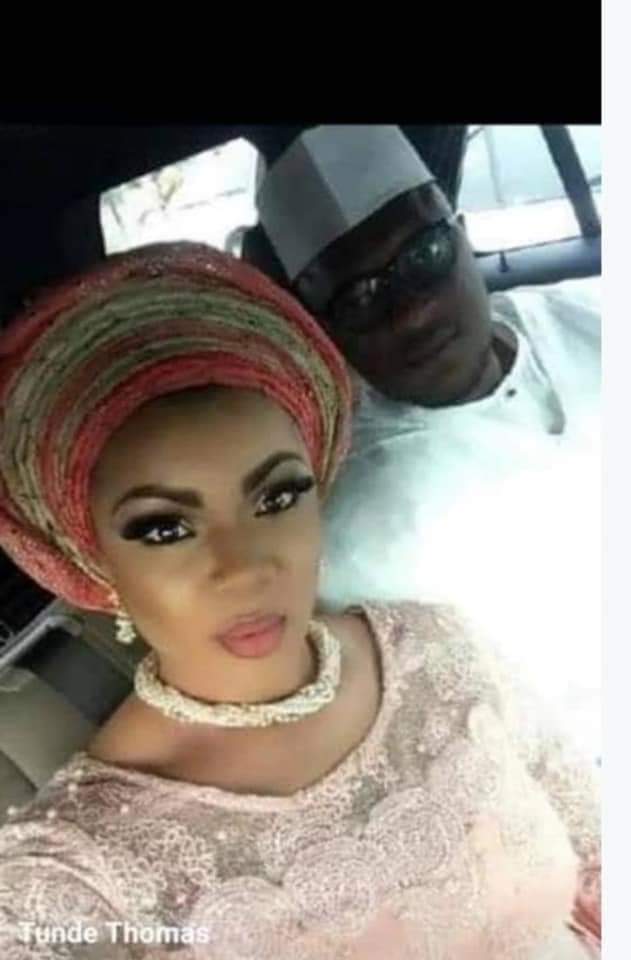 Close friends of late Tunde Thomas have denied the claims spreading online that his estranged wife, Moyo Thomas told him her two children were fathered by FCMB MD, Mr. Adam Nuru.
In a statement Saturday, 2 January, 2021on behalf of friends of the late Thomas, Mr Adetunji Iromini warned the public to be wary of a sponsored petition on change.org which they described as a wicked assault on Tunde’s cherished memory.
According to them, the allegations about the paternity of Tunde’s children with Moyo Thomas are unsubstantiated and malicious.

They added that the claims were intended to portray Tunde as an uncaring father and thereby rubbished his reputation.
“Tunde is the father of the two children and Moyo never told him he was not their father as he was in touch constantly with the children, calling and having fatherly conversations with them, even at odd hours, at least twice every month from December, 2017,” the statement reads in part.
“The last of such calls took place on Thanksgiving Day on 26th November, 2020. Tunde visited his children in USA in June 2018 and interacted with them unhindered after his recovery from the stroke he had earlier that year,” the group of friends stated.

“This does not paint the picture of a man who had been told he was not the father of his children as was maliciously stated in the petition and is being circulated on social media,” they added.
The friends, who apologised to FCMB MD, Adam Nuru, said the unwarranted negative publicity is quite unfortunate in many ways.
According to Tunde’s friends, “It does not augur well for the memory of the departed soul especially as we are all grieving the loss of Tunde, who was buried only on Wednesday, 30th December, 2020”.
“The pictures of the children are being posted in the social media, without care and utter disregard for the human feelings at this trying period for the family.
“There would not have been any need to respond to issues raised in the petition but for the sake of posterity, and to defend the integrity of and loving memory of Tunde and his children. Tunde was a very caring and responsible father to his two kids notwithstanding the misunderstanding he had with his wife, which is a matrimonial issue.

“Like any marriage, there were differences between Moyo and Tunde leading to their separation and eventual relocation of Moyo to the USA in December, 2017. It is important to note that the divorce process was never thought of or initiated by Moyo. And to the best of our knowledge, no divorce papers were ever served on Moyo.
“This means that they were still legally married because Moyo and her family believed the channel for reconciliation was still open up until Tunde’s unfortunate demise. Moyo and Tunde clearly worked to ensure the differences they had did not affect the relationship they respectively have with the two children.
“It is very sad that a group of people have decided to take the differences between a married couple and misrepresent it into a sensational story. It is unfair to have the pictures of his young children splashed all over the internet.
“Tunde had a mild stroke in 2018. By the grace of God, he was able to fully recover from this and carried on with his life. He was obviously doing well at his job and was in another relationship with a lady who was pregnant before his death.
“Why he had a cardiac arrest that led to his eventual death almost two years after remains a mystery that only God can provide answers to. We can begin to postulate on possible reasons, but we would rather not, to preserve the fond memories of Tunde.

“Tunde has now gone to be with his maker. We do wish his family and associates including his pregnant girlfriend, the fortitude to bear the unfortunate loss. He has now been laid to rest and we implore all to allow those grieving his loss, including Moyo and his children, to do so in peace.
“May Tunde’s soul rest in perfect peace. Amen,” the statement concluded.