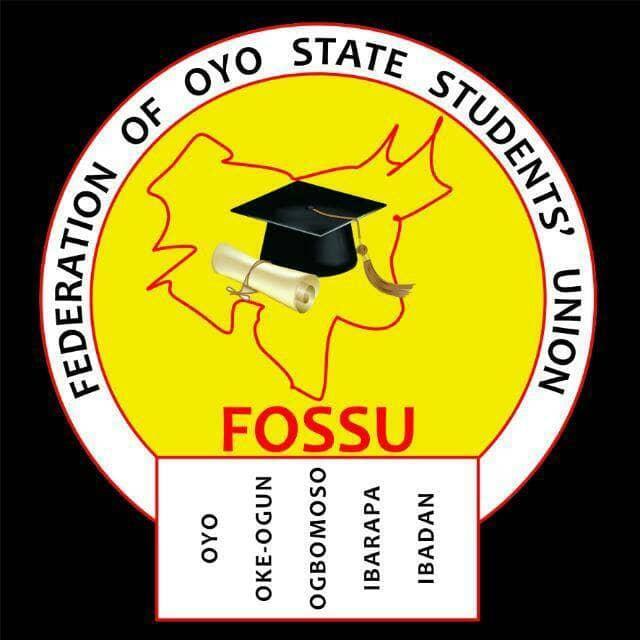 This statement was made available to the media after the joint Executive and Senate Principal Officials’ meeting.

The FOSSU National President, Com. Azeez Muritala Olowoeko noted that the bursary which has been the major dividend of democracy enjoyed by the students was last received eight (8) years ago.

FOSSU had her third Senate sitting on Tuesday 4th of August, 2020 in Oyo where all Senators (chapter presidents and Secretaries of all institutions across the country)  expressed the need for the Union to put more pressure on the state government on the imminent need for the payment of student bursary across the State.

The statement further reads: “It should be recalled that the leadership of FOSSU National held a meeting with the Commissioner for  Education, including heads of scholarship and bursary board earlier this year to be informed of the plan of the administration on bursary payment and modalities for which it would be paid.

Also, it should be recalled that the FOSSU National Council has submitted several letters requesting for an update on bursary payment, a repair of Union bus, FOSSU National Secretariat among others  but none has been gratified with a response from the state government. Hence, some members of the federation now fear that there is no plan for the disbursement of student bursary.

Consequent upon this, FOSSU, being the largest  indigenous association in Oyo state that houses over 487, 000 students  unanimously sounds the voice of Oyo state Students to the hearing of the state government, led by His Excellency, Engineer Seyi Makinde.

It is in furtherance of this objective that the Union (FOSSU) now issues a 14-day ultimatum to Oyo state government  starting from 13th of August to 27th of August, 2020 to address this issue.

The Union staunchly believes that the government has a role to play in providing enabling learning environment, and providing education for its youths at fairly subsidized rate through the instrument of bursary and scholarship to the STUDENTS’ constituency.

The council also recalls that Engineer Seyi Makinde has, during the electioneering process promised Oyo state students bursary every year spanning throughout his administration, if elected. However, to the dismay of the council, 15 months have now passed and nothing has been said or done to fulfill this worthwhile promise.

The union (FOSSU)  remains a pressure group that cannot be undermined in Oyo state. For it, is the foremost and indigenous students’ association in the State and the supposed _conduit pipe_ of interaction between students, the government, and the entire Oyo state citizenry. The cordial relationship held by the council and the state government over the years has in recent times suffered great setback because of the series of letters being sent by the Union to the state government but are yet to be responded to.

Conclusively, the Union is committed to the above ultimatum and the leadership of the union would not hesitate to mobilise a mass protest if the state government persists in the its numb silence and complicit attitude to their plight.”