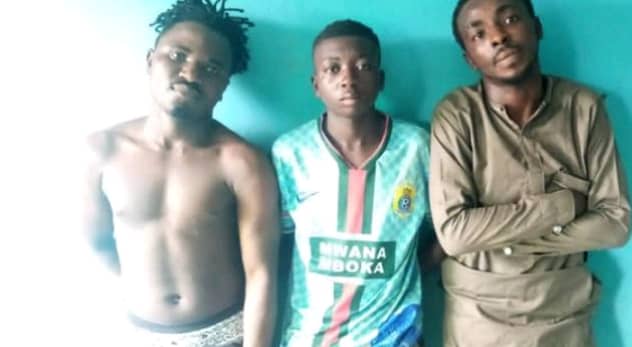 It was learnt that the Patrol team stationed in Ibadan North carried out the operation that led to the arrest of the suspected armed robbers.

The robbers who were caught while trying to rob at Sabo area Ibadan at around 5am on Thursday had dangerous weapons such as axes in their possession.

The names of the suspected armed robbers as gotten by ODUDUWA NEWS are stated as thus:

The Second Suspect: Abati Isaac, 19 years old man from Kano state. He works in the Black Market and lives at Nsoso Sabo, Ibadan.