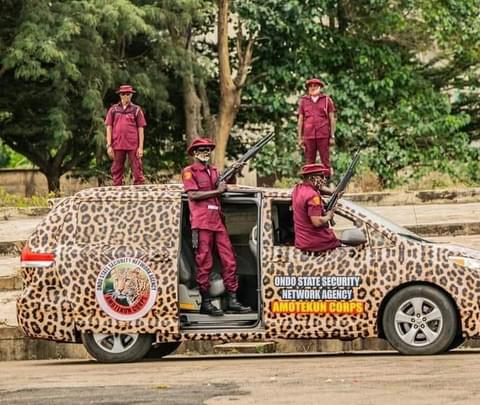 Yoruba socio-political organisation, Afenifere, has rejected plans by the Nigerian Government to use the Inspector-General of Police, Mohammed Adamu, to determine and control the structure of Amotekun and other security outfits in states.

National Publicity Secretary of Afenifere, Yinka Odumakin, disclosed this while speaking with PRESS on Wednesday in reaction to a statement credited to Senior Special Assistant to the President on Media and Publicity, Garba Shehu.

Odumakin said the plan by the IGP to determine and control the structure of Amotekun and other security outfits in Southwest States was an attempt aimed at muzzling and whittling down the operations of such outfits using command and control gimmick.

Odumakin said it was an indication that the President Muhammadu Buhari-led government was not interested in the security of lives and properties of Nigerian citizens.

He said that the South-West region would resist any attempt to truncate or thwart the operations of Amotekun, which is backed by law passed by the six state parliaments.

He said, “They are not interested in the security of Nigerians. What they are interested in is command and control and to be in charge. The moment you submit Amotekun to the control of IGP, that is the end of it. We will reject such a move.”

Commander of Ondo State Security Network Agencies, Adetunji Adeleye, said the Amotekun Corps cannot be subsumed under the guise of community policing by the Nigerian Government.

Adeleye said Amotekun was a grassroots security outfit that already had its own legal backing.

He said the security outfit was established to compliment efforts of existing security agencies in the South-West region to curtail crime.

Adeleye said, “The Amotekun Corps is a baby of the law set up for policing and protection of its own people.

“You cannot subject the structure of the Amotekun Corps to the directive from the Inspector-General of Police or any other legal entity.

“All Amotekun does is to complement all existing security agencies in the country including the police.

“The constitution guarantees the state to also have its own security outfit so far they are backed up by laws guiding their operations. There is a law put in place which has even been passed by state Houses of Assemblies guiding the operations of the Amotekun Corps.”

While noting that the state was not against the government to create community policing, Adeleye said they have already fashioned out a way to protect people of the region.

On his own part, spokesperson for the United Niger Delta Energy Development Security Strategy, Tony Uranta, said Garba Shehu had a right to his views but cannot decide for people on how they would secure their lives and property in the face of the challenges of insecurity confronting the nation.

He called on the governors in South-South and South-East to team up in solidarity and support the South-West governors to ensure that Amotekun was not hijacked by the Federal Nigerian Government.